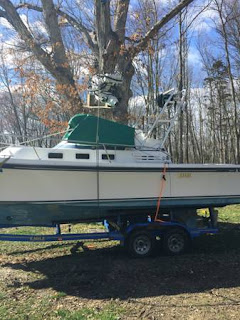 A little while back I wrote a short intro to the Albin 24 getaway. LINK HERE  Well now I found one for sale here in the North East. The ad states it has the 318 thou it has a knock. Otherwise looks to be in decent shape in the pictures. 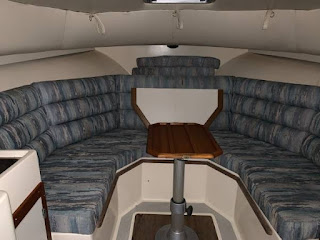 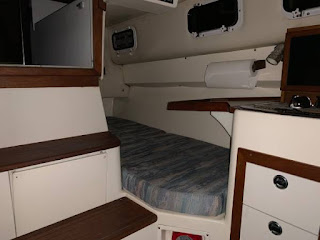 Find the listing here on Craigslist

I have a bit of an obsession with multi use items. Sometimes they aren’t very practical but I love a tool or anything else that can do a variety of jobs well. My Leatherman Wave being a good example. Would you use it to rebuild an engine? Nope. Is it incredibly useful to have on your hip doing projects around the house? Yep. Which leads me to todays topic, Two Wheeled tractors and in particular BCS.

While browsing Craigs List today, I came across, a BCS rototiller. LINK I have known about BCS tractors for about a decade now and look for them from time to time but they are often well out of budget. This one was cheap so I dug a bit more and determined it was really mostly a rototiller version and not a true two wheel tractor (single rear PTO no reverse and limited controls). I’m pretty sure it’s 201 model but have emailed to confirm.

So what is a 2 wheel tractor and how is it different then a regular rototiller? 2 Wheel tractors are pretty much what they sound like. They are a piece of farm/land equipment designed mostly to till up soil but also do other garden tool functions. They were popular with small scale farmers in the US back before and even extending past WW2. They have maintained that popularity in other countries and still have somewhat of a cult following in the US among small scale organic and other farmers. In the US the biggest home grown names were Bradley and Gravely, Gravely lasted by far the longest into the early 2000’s.

Initially these tractors pulled implements like mold board plows and harrows to till and modify the land for farming. As time went on power takes offs (PTO’s) were added for other implements like rototillers, snow blowers snow plows grading plows, mowers all kinds of things really. In the US gravely went for a front PTO system which worked well for most but not all implements and ended up becoming a favorite of landscapers, property owners and municipalities. BCS and other European and Asian makers stayed focused on farmers and developed rear and switchable PTO’s (front and rear).

To go back to the unit I found online today, it was essentially a simplified version of a 2 wheel tractor with a number of features removed to make it a rototiller only (essentially). BCS did make an incredibly similar   machine called the 205 that featured the switchable front and rear PTO as well as reversing gears and the ability to carry other implements. In the case of the 205 (and other 200 series BCS tractors) these implements are limited to a rototiller, snowblower, sickle bar mower and a rotary mower. I haven’t researched this fully yet but I get the impression the 200 series was aimed at homeowners more then farmers. The limiting factors are the 5hp engine and the PTO which has a different design then other similar tractors (BCS Grillo etc).

If it had been a 205 I would have been very tempted to get it. Even with the limited implements on offer it would cover my homeowner needs well, and let me shrink my collection of outdoor tools. Despite my desire I’m not sure it would be all that much more efficient then what I have now thou, considering how cheap things like push mowers and snowblowers have become. But it would mean having cool overbuilt equipment and savings on storage space.

Mid-size trucks, they were a thing in the 90’s thru about 2010 when the segment collapsed (lack of new product didn’t help). Well now they...